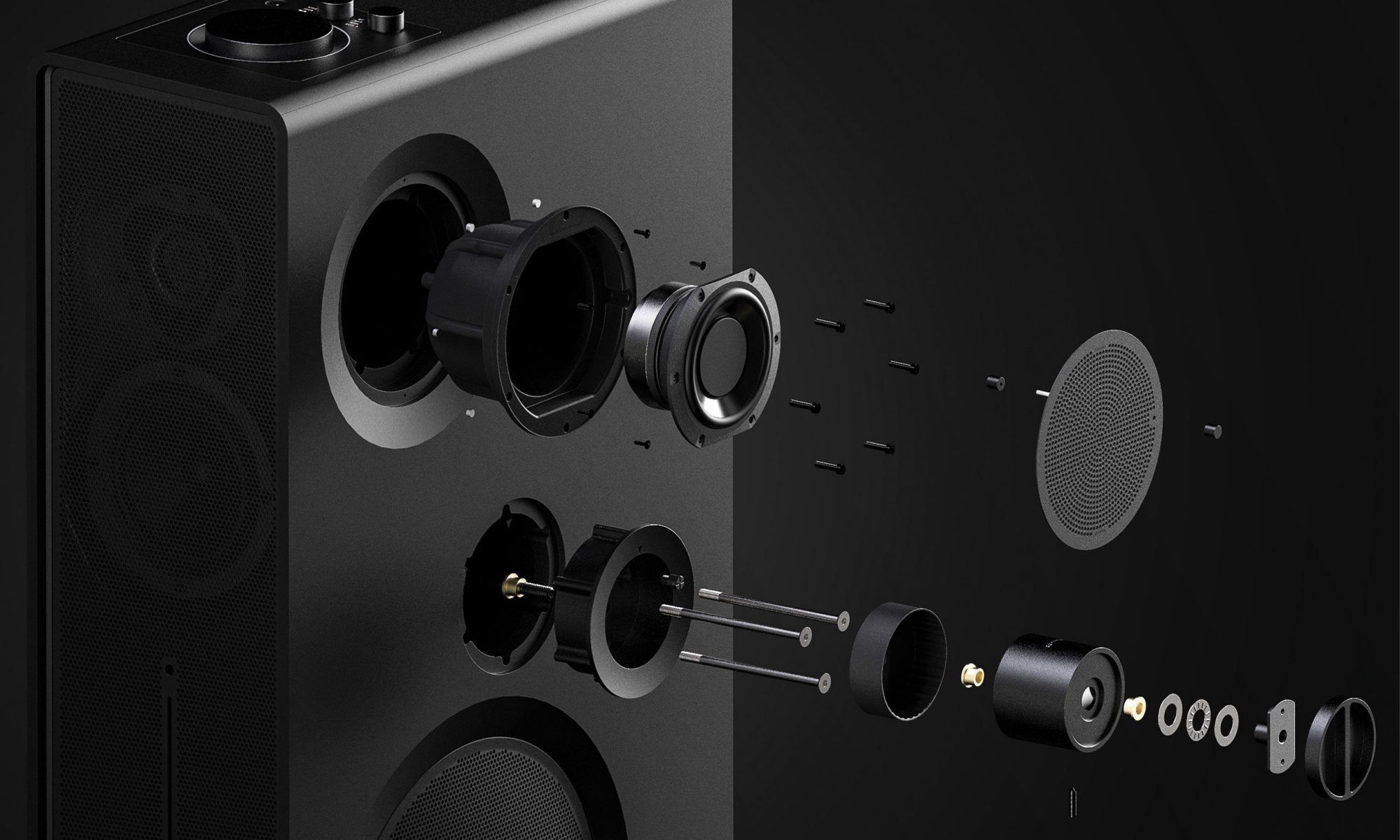 Airsound is a unique audio technology that allows a single loudspeaker box to produce a smooth and consistent stereo sound for all listeners. This means that the best experience is not limited to a ‘sweet spot’ that is normal for regular 2 speaker stereo systems.

Orbitsound has used Airsound technology in all of their products since 2011, with over 150,000 products in use daily. Airsound provides a game-changing sound experience for situations where a single sound source is needed, or stereo is needed in a large listening space.

The main ‘centre’ image comes from a front-facing loudspeaker. This provides superb clarity as there is no interference from multiple sound sources (overcoming a significant issue with multi-speaker systems). This sound is in mono.

In order to achieve stereo with Airsound, the components in sound that give us information about space and directionality are selected and played separately to this main sonic image through side speakers. This offers major advantages over other systems and allows Airsound to control and enhance the spatial experience to give our inbuilt model of space greater input ‘clues’. It also allows Airsound to produce a true stereo image largely unaffected by the acoustic environment. The main and spatial images are intended to mix in the air, so acoustic separation is not an issue.

Airsound is a patented technology that is a combination of physical speaker configuration and audio processing that achieves this clear stereo image.

Stereo inventor, Alan Blumlein noted in his patent of 1931 that the stereo effect works well with headphones where the sound sources are separated between the listener’s ears. However, when the earphones are replaced by 2 speakers ‘the effect is largely lost’.

Excerpt from Blumlein’s patent 394,325 in which he describes the fundamental flaw with 2 speaker stereo.

It was in 2005 that I, with my father Ted Fletcher, were experimenting with some recordings we had done with Mid/Side (M/S) microphones that I put together a playback system consisting of a Mid and Side loudspeaker. The effect was remarkable – an extremely authentic sonic experience. Over the next few weeks, we developed this into a system capable of playing back regular stereo material. This idea became Airsound. Over the next 10 years, Airsound became steadily more refined and developed as the psychoacoustics of listening in the M/S domain were further understood and techniques became fine-tuned.

Today, Airsound is a remarkable audio playback system, capable of enhancing the sonic experience in a huge number of applications. 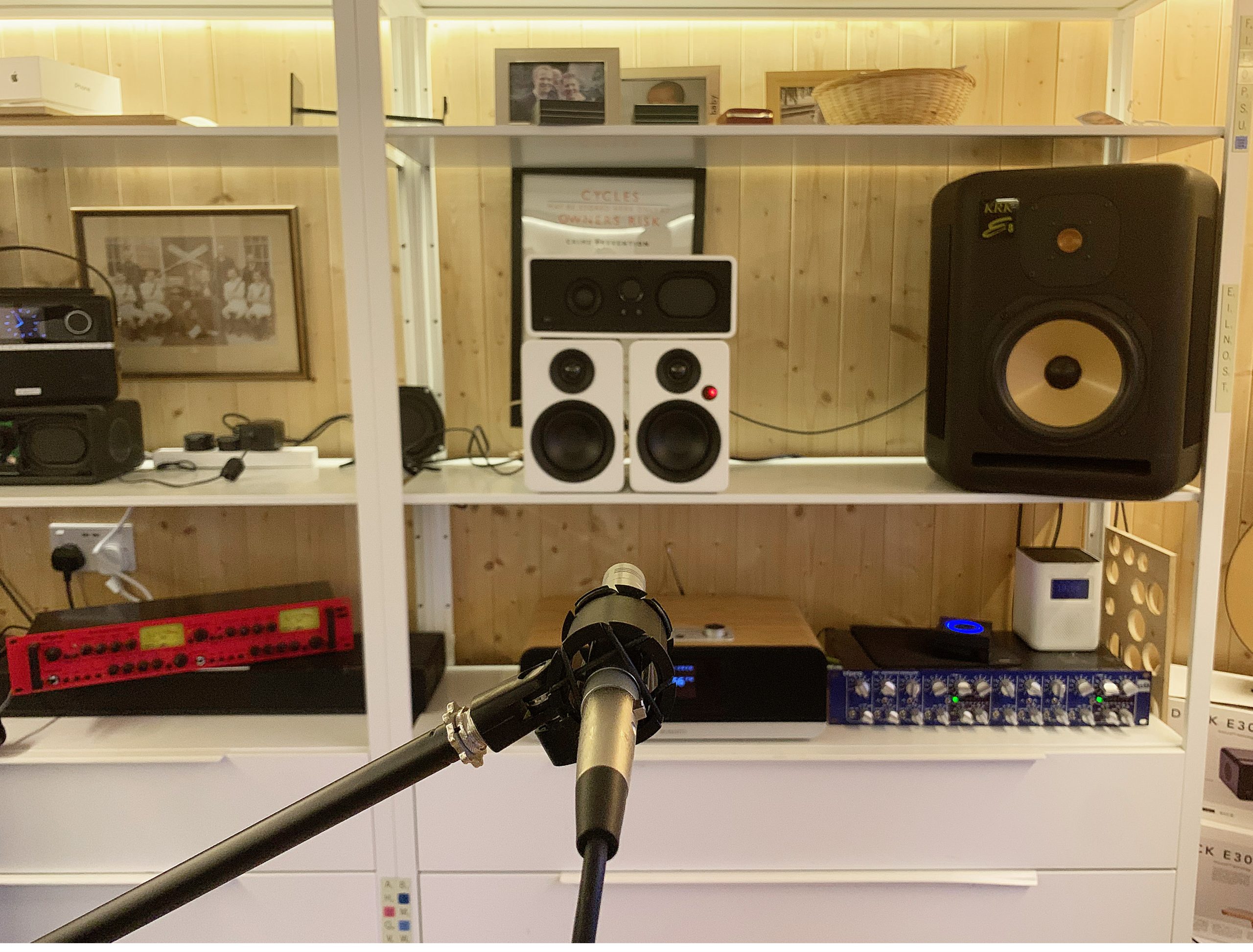 Hear an Airsound system and you immediately know that it plays stereo better than left/right speakers. If it’s so obvious in practice, why prove it? Actually, how do you prove it? It turns out to be a tricky one to capture objectively. Here is my experiment which compares the systems’ abilities at producing stereo. 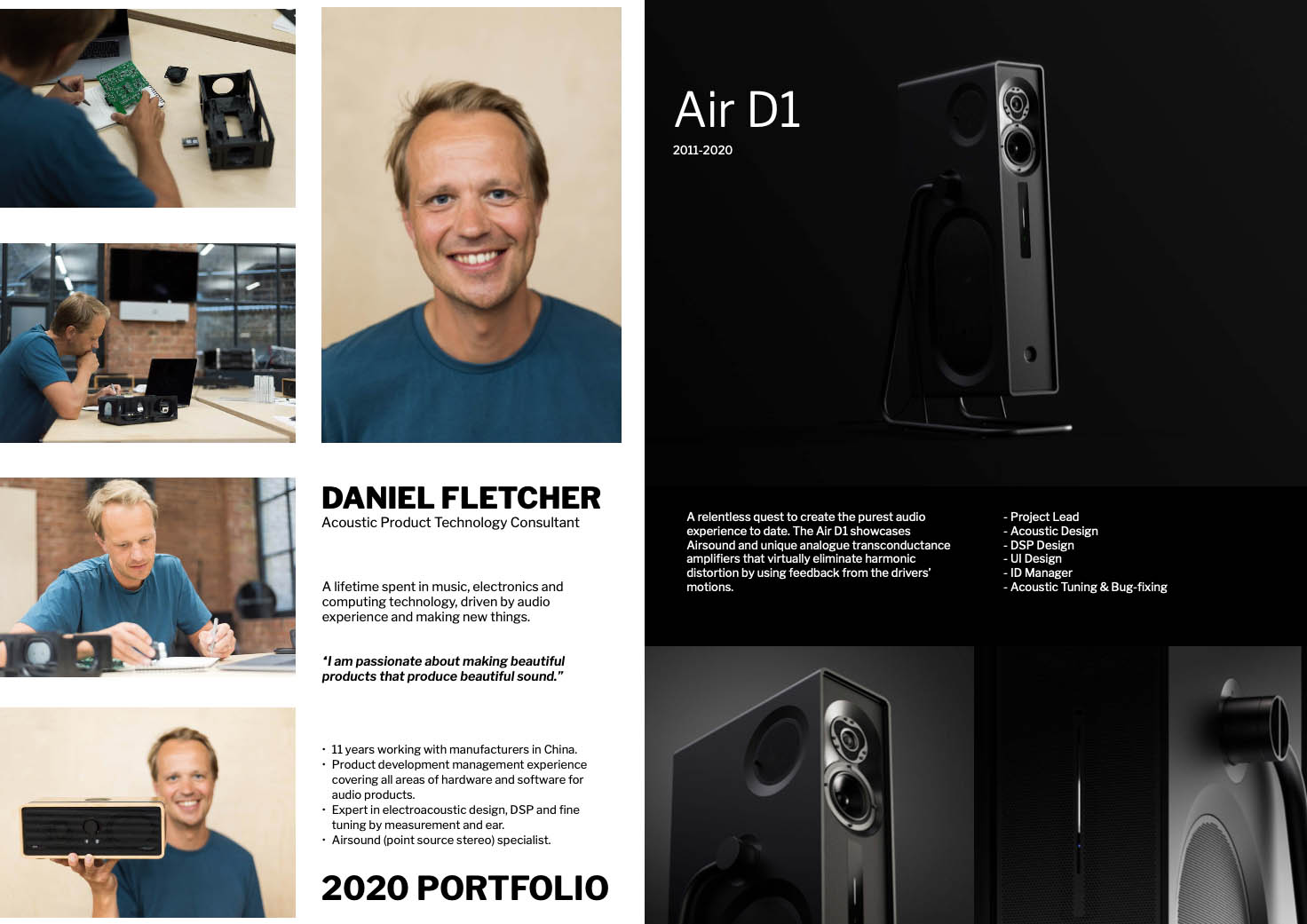 With the recent completion of another project, and with kind permission of the brand owners, I have been able to update my portfolio for 2020. You can download it here. 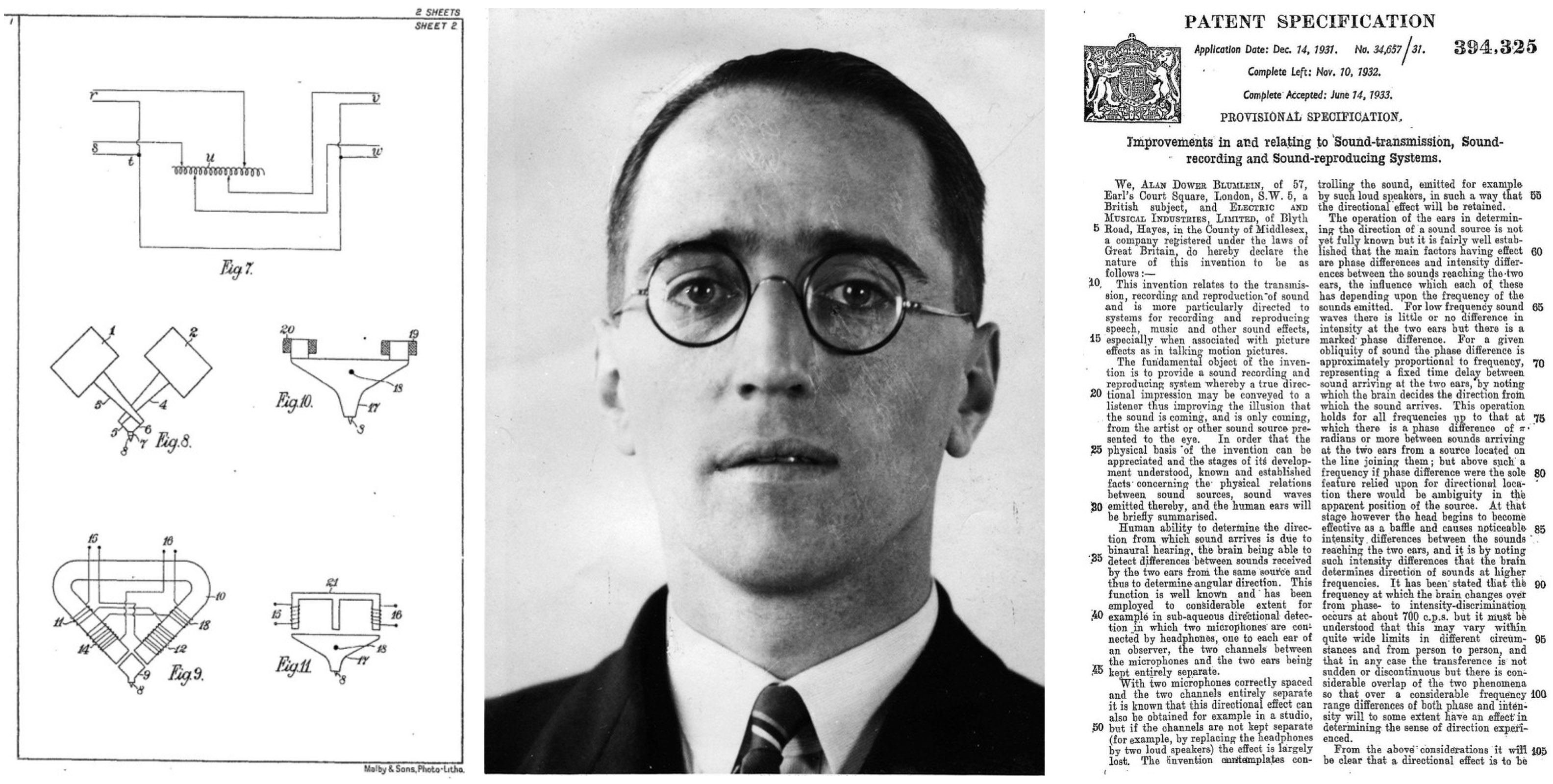 The year was 1993. I was 17 years old, and helping my father prepare for a recording we were to do on location of a choir. At the time I recall we had some of the first available low cost large condenser microphones available, and one of these had a pattern switch that allowed cardioid, figure 8 and omni directional recording. In my own work recording bands, I’d only ever used the cardioid setting, and didn’t give a thought to the ‘figure 8’ option.