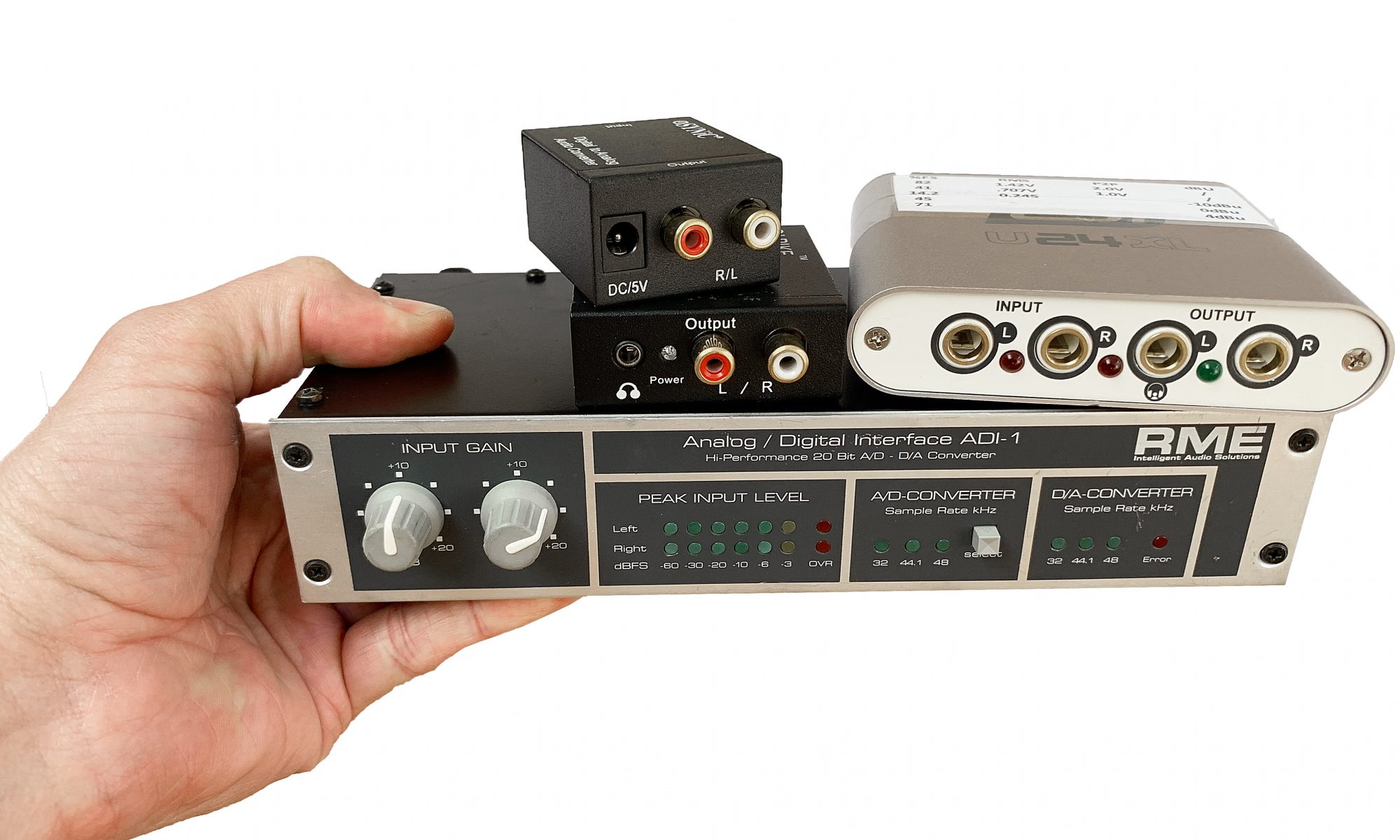 Yes, you can buy a DAC for less than a round of drinks, but how do these super cheap audio devices perform when compared to professional equipment? In this test, I analyse the performance of a couple of devices bought from Amazon to try to answer if they are usable, and what for? 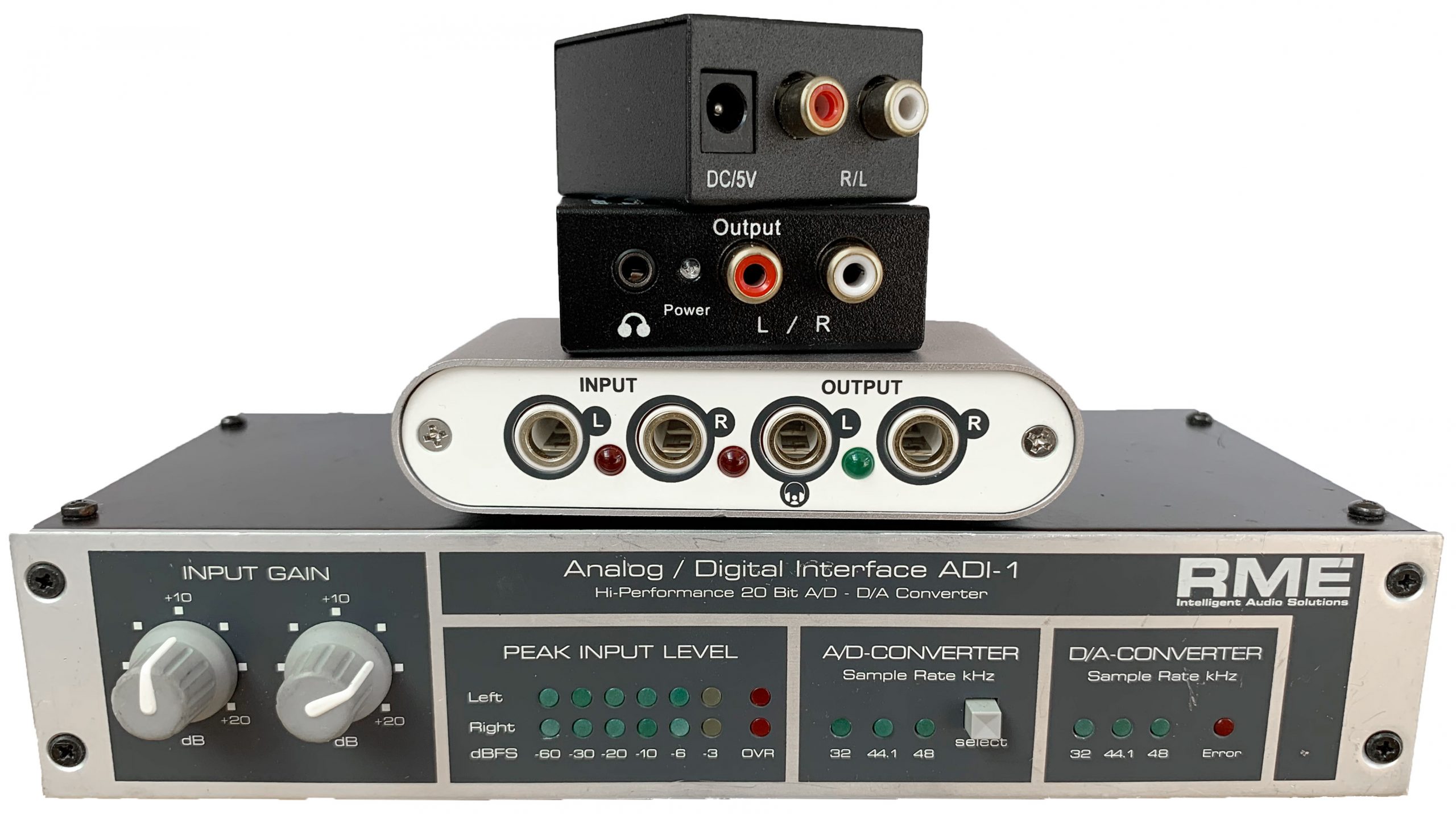 (from top to bottom)

ESI U24XL – Cost: £89
Not a stand-alone DAC, but a USB sound card with digital and analogue inputs and outputs. I will be looking at the quality of the analogue output.

It’s April 2020. The Coronavirus has locked down the UK, and I am working in my study on a project to stay at home – as this is what we all must do these days. The distraction is most welcome as the World struggles to cope with the advancing pandemic. I needed to convert 4 channels of S/PDIF to analogue for amplification, and assemble a prototype with the converters built-in. Reaching for Amazon I found a long list of DACs available, at least 2 of them for less than £10. Amazing… Or, is it? I thought it would be interesting to get these and see if they are usable for my (or indeed any) purpose. I had doubts.

The units arrived quickly, and come packaged in small unassuming boxes. The instructions are basic, but barely glancing at these, I got straight to wiring them in without thinking about their performance at all, assuming they would just do the job they were supposed to. The application was to individually drive a number of speakers from a DSP processor with only digital outputs.  Everything worked, but not easily. There was either noise or distortion, and the whole thing sounded very flat and uninteresting. Taking a step back I thought to take a deeper look at what these DACs were doing, and devised a little test, to check their performance.

To evaluate these units, I am measuring some aspects of their performance that can easily be compared and that affect how ‘good’ they are in the audio perspective. The 3 areas I am looking at are:

The test setup: Using my computer as a sound source and digital signal generator, I am sending an S/PDIF signal directly to the DAC being tested. This means that the sound source has not touched analogue, so any generated signals will be pure, and of a precise level. The audio performance of the DAC is evaluated using the analogue inputs of the ESI (other scenarios were tested, but did not affect any results). 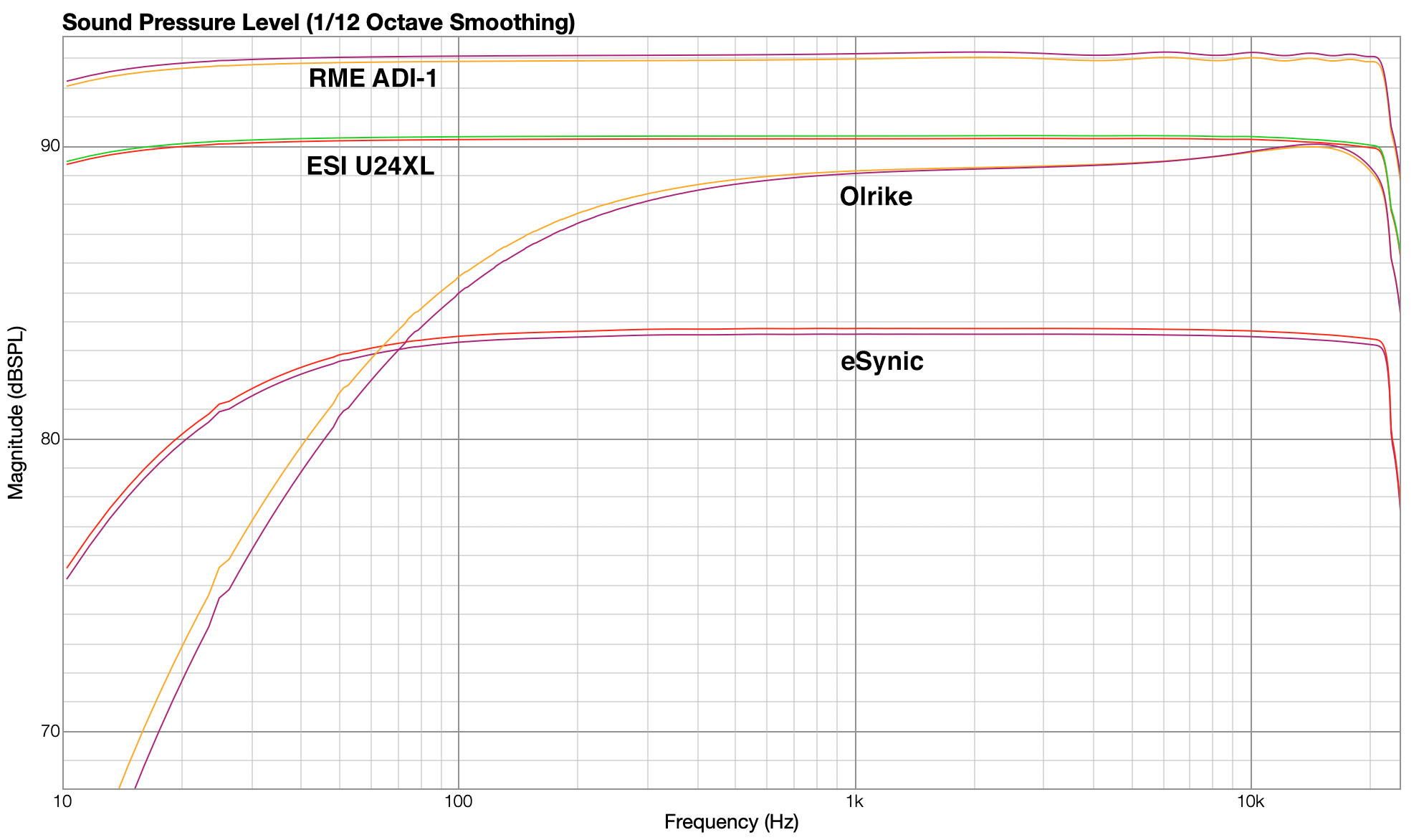 Both the low-cost devices fall short of their claimed frequency responses. The Olrike, in particular, will produce audio that sounds very different from the intended sound. The device will lose most of the bass notes in music. For instance, the fundamental tone in the notes around a low E on a bass guitar (about 45Hz) will come out at less than half the volume of higher notes. Deeper sounds will be lost even more! 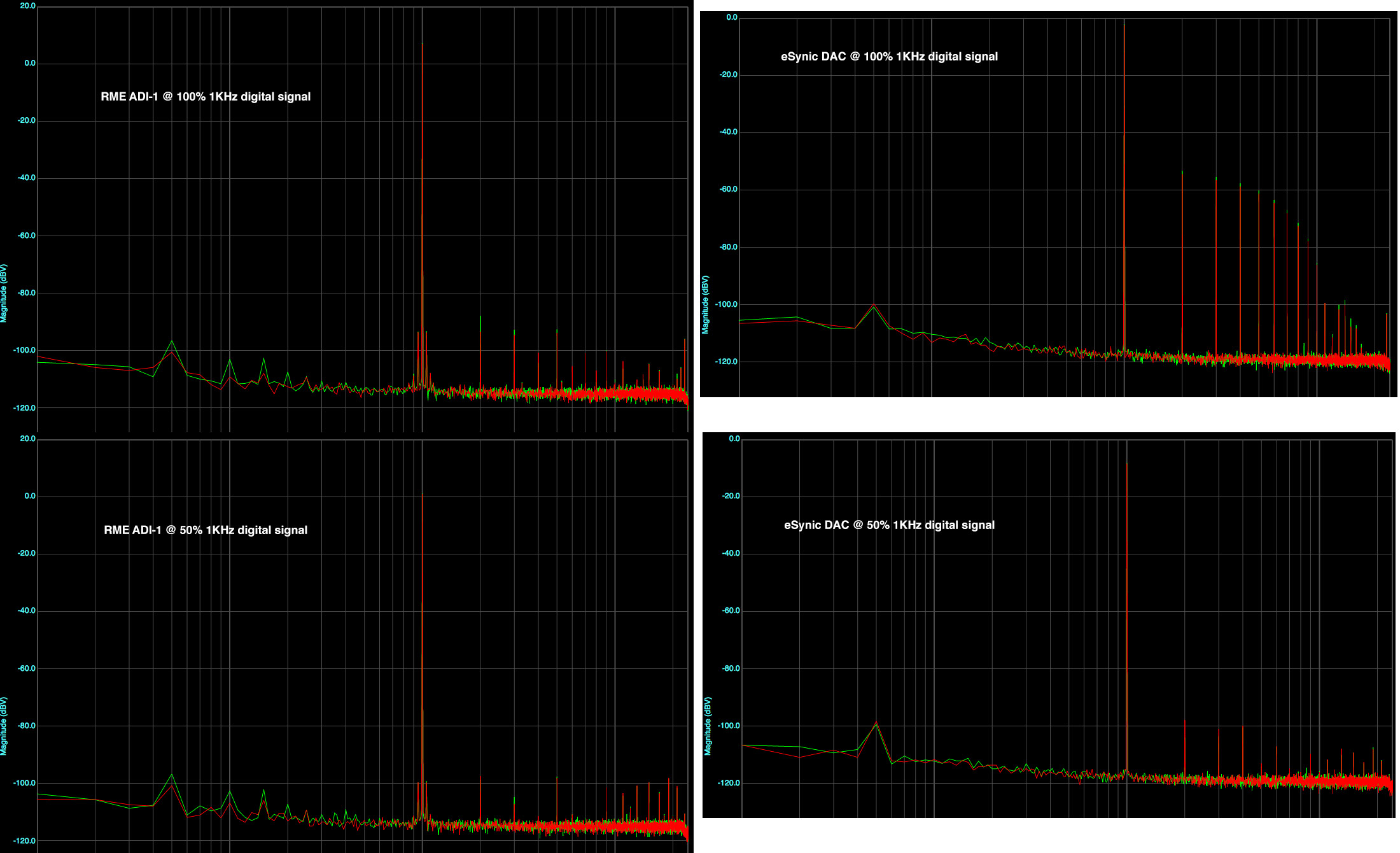 Some of the measurements shown above.

At maximum input, the eSynic starts to distort quite badly. Whilst 0.25% might not sound like a lot, in audio terms, this is clearly audible. The unit is trying to produce an output voltage higher than the design is capable of, and the result is quite… nasty. Note though that at lower input levels the low-cost units are OK in terms of distortion.

The listening experience follows exactly as expected from the data gathered on the bench. The ESI and RME units’ analogue outputs produce a rich and full sound through my studio monitors. The RME perhaps sounds a touch warmer, but that may be my imagination, and the fact that the output is slightly louder, so switching over involves resetting volume. Ideally, this test would be a blind test but under lockdown, this is impossible to organise! The fact is that either unit I would happily live with and rely on for any application.

The budget DACs are a different story. Despite the distortion shown up, the eSynic is actually usable as long as the digital signal strength is not maxed out (e.g. Spotify playing at 90% – the sound is OK). The low notes are where there is an audible difference. The bass sounds reduced and unexciting compared to the more capable devices. The high end sounds a touch brittle and not as engaging.

The Olrike is awful. The tonal change to the music is extreme, (due to the very limited frequency response) making my KRK monitors sound like a cheap radio.

Yes, you can buy a DAC for less than a round of drinks, but don’t. The lack of a reliable frequency response will change the sound of what you listen to for the worse. Loud signals are likely to become distorted and lose clarity. By contrast, the ESI proves that some excellent technology exists at an accessible price point. At less than £100, the converters in it are operating indistinguishably to the super high end ones in the RME for almost any intended purpose.

I would love to include more DACs here. Do get in touch if you have a DAC that could be evaluated.